Do you need to set boundaries? Just ask your intuition

Boundaries are the rules by which you live your life and how you allow yourself to be treated by others. I am a big believer that people treat us the way that we allow them to, so if someone is treating me in a way that I?m not happy about, then it?s my job to do something about it. If someone is treating you in a way that you?re not happy with, the chances are that you haven?t set any boundaries with that person.

Here?s an example; a friend invites you on a night out, you don?t want to go so you decline – I know a lot of people struggle to decline an invite straight out, so you may make up an excuse as to why you can?t go. Closer to the time of the night out the friend starts to pressure you into going. They may employ many tactics, such as trying to make you feel guilty, suggesting that you?ll be missing out, or asking you to go as a favour to them. In this context, the way they put the pressure on isn?t important, the part that?s relevant to your boundaries is that you?ve said no & they?re not respecting your decision.

What happens at this point has longer term consequences on your boundaries. If you give in then you?re compromising on your boundary and showing them that you didn?t really mean no in the first place. There?s a high chance they will adopt the same pressured approach in similar situations in the future and expect that you will give in again. If you stick to your original decision not to go then you?re keeping your boundary, which prioritises your needs over what your friend wants.

People who don?t have strong boundaries find it difficult to say no to people, they may be an inherent people pleaser and feel that saying no makes them rude or selfish. As I outlined in my last blog post Why prioritising self-care is the opposite of selfish, these people often put everyone else?s needs above their own & their energy & self-esteem suffer as a result.

The first time that someone does something that they don?t want to do isn’t a huge problem in itself. The issue comes when this becomes a habit, which it can do easily, with the result being that you constantly put other people?s wants & needs ahead of your own.

You know how it is, it?s never the first frustrating thing, or the second, or even the third, but somewhere along the line it all becomes too much and you blow your top! Or maybe you don?t, perhaps you keep it in and quietly seethe, which I?m sure you know is actually worse & doesn?t lead to anything other than resentment or bitterness. I paint a pretty picture don?t I?!

So many of us feel obligated to do things for friends, family, colleagues & in our communities. What would happen if you didn?t do those things that you felt obliged to do? Would the world end? Would everyone you know think that you?re a terrible person? Or would your life be easier & better as a result?

I used to be the Queen of doing things because I felt obliged to you and I can tell you that it made me miserable! I begrudged many of the things that I was doing & as a result I was fed up a large amount of the time. The people I was obliging didn?t appreciate me putting myself out and they started to expect even more, which left me feeling incredulous, unappreciated and you guessed it, fed up!

Back in the days of my corporate life I had a defining moment where I knew that I needed to change something. Let me set the scene for you; I was working 60+ hour weeks in a highly pressured job that I didn?t enjoy! My family lived 150 miles away and not having been to see them for a while I felt obliged to go and visit. What I wanted (& seriously needed) was a weekend at home to relax away from my stressful job, but I felt pressure from family to go and visit and so we did. Notice that there was no thought process from me, or talk from them, about them coming to visit me.

Myself & my husband left home on Friday evening at about 7.30pm. Friday evening traffic in the UK is awful so we left after rush hour and we arrived at our destination at about 10.30pm. I was shattered and I felt like I could?ve slept for a week. The idea behind going on Friday was that we could justifiably leave on Sunday morning & still have some of the weekend at home before we had to get ready for our busy week all over again.

My family probably don?t remember that weekend but I do. I was tired, stressed out & I felt as much like being sociable as I did climbing Everest! We grated on each other & I gave my very understanding husband many knowing looks that they just didn?t get that we?d taken time out of our crazy schedule to spend time with them & they just didn?t appreciate it.

Nevermind the fact that I was probably like a bear with a sore head, or about as much fun to be around as going to the dentist! We left on Sunday morning & I slept most of the way home. On arriving home we spent a couple of hours cleaning our house, popped to the livery yard to give our horses a brush & a cuddle and then got ready for the upcoming week. I was so cross with myself that I?d wasted my weekend feeling stressed out & fed-up, when I knew another very pressured week awaited me. In that moment there were some tears of frustration & I realised that I needed to prioritise me. I couldn?t change the work pressure at that time but I could choose how I spent my time outside of work.

I committed to consciously decide whether agreeing to do something was the right thing for me in the first instance, regardless of what others wanted or expected of me. Because if I didn?t put myself first then who would? Now I do things because I want to, not because I feel obliged to and my life is SO much better for it.

It wasn?t easy at first; I?m sure friends & family would raise eyebrows when I said we couldn?t or wouldn?t do something. Initially I had to justify decisions to myself, using my ever-patient husband as my sounding board. I say sounding board, but in my experience men don?t generally suffer from the complications of the female mind, so his view is ?if you want to then do it, if you don?t then don?t? but verbalising it helped me to check that I was being reasonable – as you can probably tell there was still an element of overthinking but I was on my journey to creating boundaries, getting rid of the overthinking came later.

The thing about boundaries is that they love company, once you?ve set one it becomes easier to set another, and another and another. What I?ve realised since I?ve got pretty good at setting boundaries is that I know what it is that I really want to do, and crucially what I don?t want to do. My relationships are better as a result & I no longer have that heavy feeling of doing something that I really don?t want to ?because I have to?.

Sometimes my boundaries are tested, but I know that holding them firm is in my best interest. A recent example comes to mind when a friend asked me if I was going to a local get-together, I?d heard about the do & it really wasn?t my idea of fun so I replied that I wasn?t. She suggested we went together ?to show our faces?. I had a client call just before it started and I confirmed that I didn?t want to be rushing so I wasn?t going. My friend didn?t end up going either, I suspect that initially she?d felt obliged and by seeing that I didn?t feel the need to show my face, she didn?t need to either. By keeping my boundary I?d unintentionally showed someone else that it?s not required for us to do things that we feel obliged to. So there?s another reason why exercising boundaries is a good idea.

Some people are so used to doing things for others that they have lost sight of whether they want to do something or not. A good way to test how you really feel about doing something is by feeling how it feels in your body when you think about it. Things that you want to do usually make you feel animated, excited & light. Things that you don?t want to do are usually accompanied with a feeling of heaviness, dread & discontent. Those feelings are your intuition talking and since I?ve learnt to listen to mine my life has improved hugely. Will you give your intuition a say? It might just improve your life more than you could ever imagine.

If you?d like any help with setting boundaries, or any other aspect of change to improve your life then get in touch.

All Posts »
PrevPreviousWhy prioritising self-care is the opposite of selfish
NextWill society ultimately benefit from the pandemic?Next 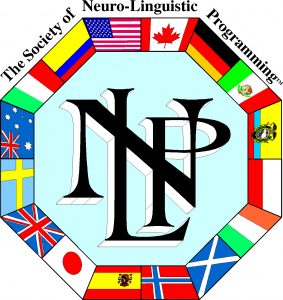 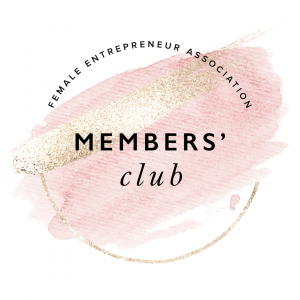